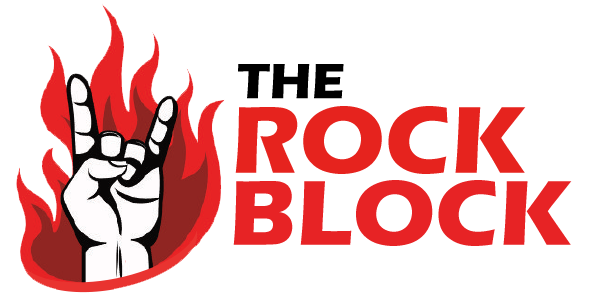 The Rock Block is a weekly, two-hour rock show presented by Ian Davies and available free of charge to radio stations. The first show was released on Tuesday 1st February 2022.

The Rock Block features rock music in most forms – classic rock, prog rock, punk rock, glam rock and the special category ‘rock which may not even be rock’.

It is a fast-paced show, concentrating on the music, with the right level of vocal links to provide personality.

THE ROCK BLOCK IS TOTALLY GENERIC:

The Rock Block is supplied as 4 x 29 mins files – 58 mins per hour, allowing time for ads, news or promos. The last track of each file is suitable for fading should more time be needed for ads, etc.

If preferred, as an alternative, the show can also be supplied as 1 x 120 mins file, with the last track suitable for fading.

Each show is released on Tuesday morning (UK time) and distributed to stations by WeTransfer, Dropbox, MyCloud, Google Drive or FTP; whichever method is preferred.

A 'vault' of all previous shows are available for radio stations too if required.

Listen to a sample show below:

The following stations are broadcasting The Rock Block:

"I can say it's by far the most well produced classic rock show I've ever listened to."
Casey Maxwell, CEO, 106.5 WDNR (Norfolk, Virginia, USA)

"We are really loving the show. Such a great mix of songs."
Brian Woolfson, Station Manager, Essential Radio (Kilwilling, Scotland)

"Thanks for another great show Ian. They are very popular with the public."
Tommy Marshall, Director, Cumbernauld 106.8FM (Cumbernauld, North Lanarkshire, Scotland)

Ian Davies began broadcasting in hospital radio in the mid 80s before moving on to FM and AM stations in the north of England.

In recent times, Ian has presented a variety of shows, including 80s, oldies, album charts and rock on several FM, DAB and Internet radio stations, including Spectrum FM, the largest English language radio station in Spain, broadcasting on FM across all of southern Spain, Gibraltar and Majorca.

Would you like THE ROCK BLOCK  for your radio station?

Please get in touch if you would like The Rock Block for your station. Simply fill in the form below and Ian will get back to you with more information.